How To Take A Screenshot On Samsung Galaxy Grand Prime

How To Take a screenshot on Samsung Galaxy Grand Prime How to take a screenshot on Galaxy Grand Prime :

Step 1: Go to the screen which you want to take a screenshot off.
Step 2: Home button and power / lock button should be pressed at the same time.
Step 3: A camera shutter sound will be heard notifying that the screen has been captured.
Step 4: The captured image will be saved to the screenshot folders inside the photo gallery.
VIDEO : 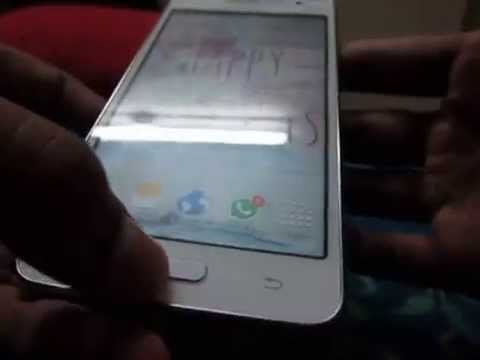 About phone
Samsung Galaxy Grand Prime smartphone comes with a 5.00-inch touchscreen display with 540 pixels by 960 pixels of resolution. The phone is powered by 1.2GHz quad-core processor. It contains 1GB of RAM and 8GB of internal storage that can be expanded up to 32GB through SD card. The phone contains an 8-megapixel primary camera on the rear and a 5-megapixel front shooter for selfies. It runs on Android 4.4. It supports all the connectivity options like Wi-Fi, GPS, Bluetooth, FM and 3G. The phone has 2600mAh capacity of battery.

Hope this tutorial was easy to take a screenshot / screen capture on your Samsung Galaxy Grand Prime smartphone.If you have any issues regarding taking a screenshot, let us know in comments.