How To Take A Screenshot On Google Nexus 9 & Nexus 10 Google Nexus 9 features an 8.9-inch IPS LCD display with QXGA (2048×1536 pixels) resolution and Gorilla Glass 3 protection. It is powered by a 64-bit Nvidia Tegra K1 processor coupled with Kepler GPU and 2GB of RAM. It sports an 8-megapixel rear autofocus camera with f/2.4 aperture and LED flash.
Google Nexus 10 is a tablet computer co-developed by Google and Samsung Electronics that runs the Android Operating System. It is the second tablet in the Google Nexus series.The Nexus 10 shipped with Android 4.2  (Jelly Bean) as its Operating System and is up gradable to Android 4.4.4 (Kit Kat) and also it will be updated to Android 5.0 Lollipop.The device also includes a primary 5-mega pixel, rear-facing camera with LED Flash.The Nexus Q was a digital media player that ran Android and integrated with Google Play, to sell.Instead of metal, the Nexus 10’s chassis is built entirely from rubber-coated plastic.It feels like it would survive a drop better than the iPad.A 9,000 mAh, lithium polymer battery powers the Nexus 10, and is reportedly capable of 9 hours of video playback, 90 hours of audio playback, 7 hours of web browsing, and 500 hours (20.8 days) of standby time.

1. Navigate to the screen which you want to screenshot
2. When ready Hold down both the POWER button and the VOLUME DOWN button at the same time until the screenshot is taken.
3. It will be saved in your gallery folder in your Nexus 9 & 10 Tablet
Hope you liked the tutorial on How To Screenshot in Google Nexus 9 & 10. Do bookmark this page for future reference.
Here is a video on taking a screenshot.Watch it. 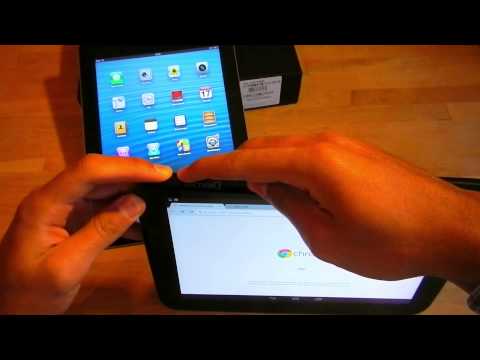